First published May 2014 | Words and photos by Vietnam Coracle

I’ve put these three small waterfalls – the least attractive in my list – together, because they are all within easy reach of Dalat, and, although they are pretty enough, they’ve all been spoiled, in one way or another, by development. However, they’re still very popular with domestic tour groups. 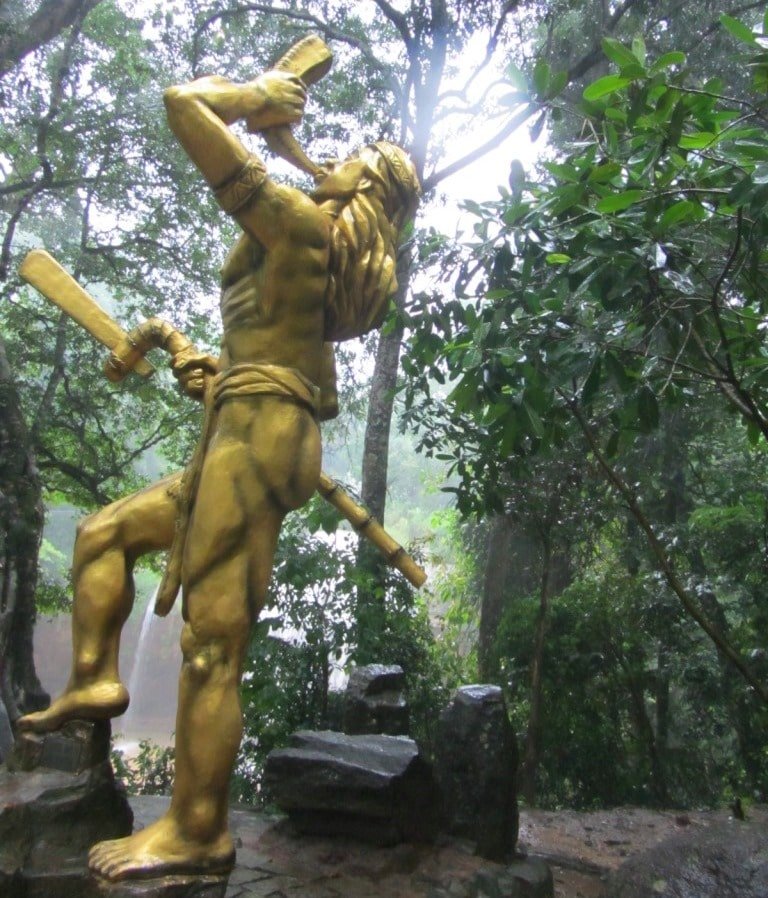 Prenn waterfall has long been a favourite attraction for Vietnamese tourists. Its pretty setting, amongst pine trees at the bottom of the Prenn Pass, and its proximity to Dalat make it one of the most accessible and most-visited waterfalls in the province. Of course, this means it’s also one of the most developed. Tourism hasn’t been too kind to poor Prenn falls. The entrance is marred by makeshift trinket stalls and eateries, while inside the site it’s so manicured that there’s very little ‘real’ nature left. Grass is precision cut, flowers are arranged to spell out words on the lawns, colossal gold-painted statues of ethnic minorities adorn the high ground, and trash collects in the pool at the bottom of the falls. The actual waterfall is dwarfed in size by the extended tourist site, which includes canoeing, animal rides, cafes, restaurants, and a cable car over the top of the falls. 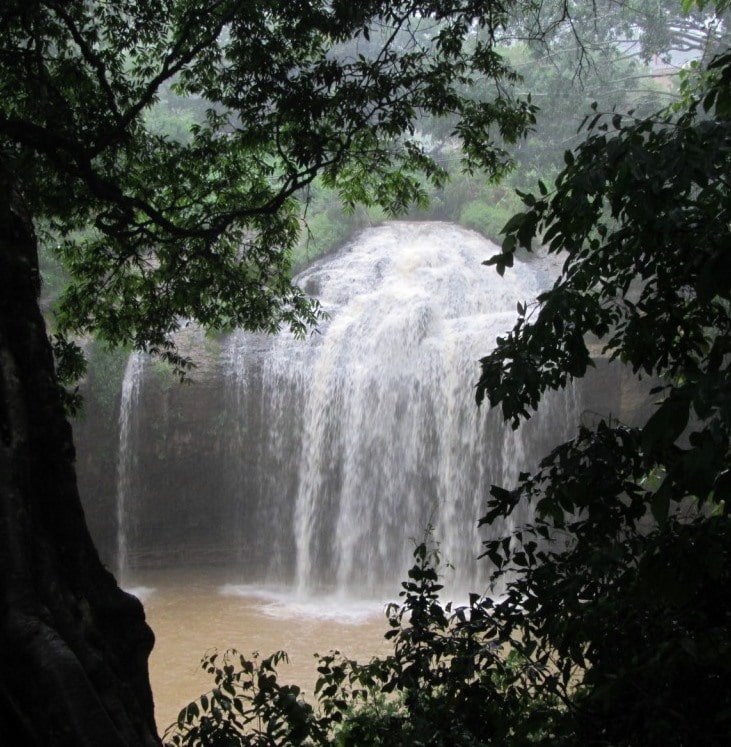 It’s all a bit of a circus. But, the waterfall is still quite pretty, and tall trees still loom above the cascade of white water. The best part of a visit to Prenn is walking along the concrete pathway that leads behind the waterfall. Over the years, the water has eroded the rocky escarpment to create a cave-like overhang, from where you can stand, literally, under the falls, while staying (relatively) dry. While I wouldn’t really recommend a visit to Prenn, it can be worthwhile as part of a round trip by motorbike from Dalat, if you are short of time. Take the Mimosa Pass down from Dalat to Prenn waterfall (20km), then take the Prenn Pass back up to Dalat (16km), stopping at the equally touristy Datanla waterfall on the way. Admission to Prenn falls is 20,000VNĐ ($1). [MAP]

Image: the pathway behind the waterfall at Prenn: 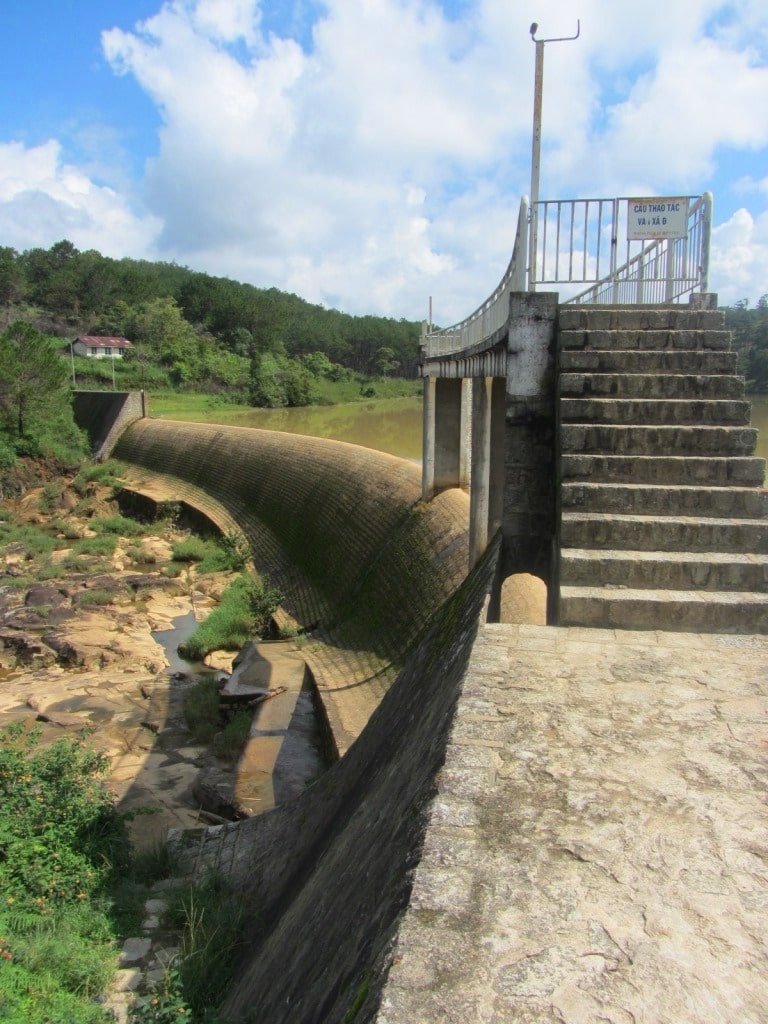 Ankroet is not really a waterfall; it’s a dam, built by the French in 1942. The water here only flows (or ‘falls’) when the dam is opened. As dams go, this is an attractive and diminutive one. The slightly curved wall of bricks holds back Dankia Lake, which is a pretty sight on a clear, highlands day, with pine forests on the hills surrounding it. When the dam is open, water gushes over the top of the wall and flows down a series of rocky terraces, on a gentle slope. It’s pleasant but not impressive, and, sadly, there’s quite a lot of trash caught between the rocks here, left by irresponsible picnickers. Most visitors come here for the fresh air and alpine scenery, rather than the waterfall itself. A trip to Ankroet is usually combined with a visit to nearby Hồ Suối Vàng (Golden Spring Lake). Although the dam here has a personal appeal (it reminds me of Elan Valley Dams in Wales, where I would visit with my family, back in the U.K), I usually give it a miss, choosing to pass by, rather than stop, on my way to good camping ground a little further along, (take a look at my guide to Camping in Dalat for more information). Entrance is free and it’s an easy, scenic drive northwest of Dalat (17km) by rented motorbike. Journey time is around 30 minutes. There are a couple of restaurants near the falls. [MAP]

Image: the scenery around Ankroet waterfall is what most visitors come to see: 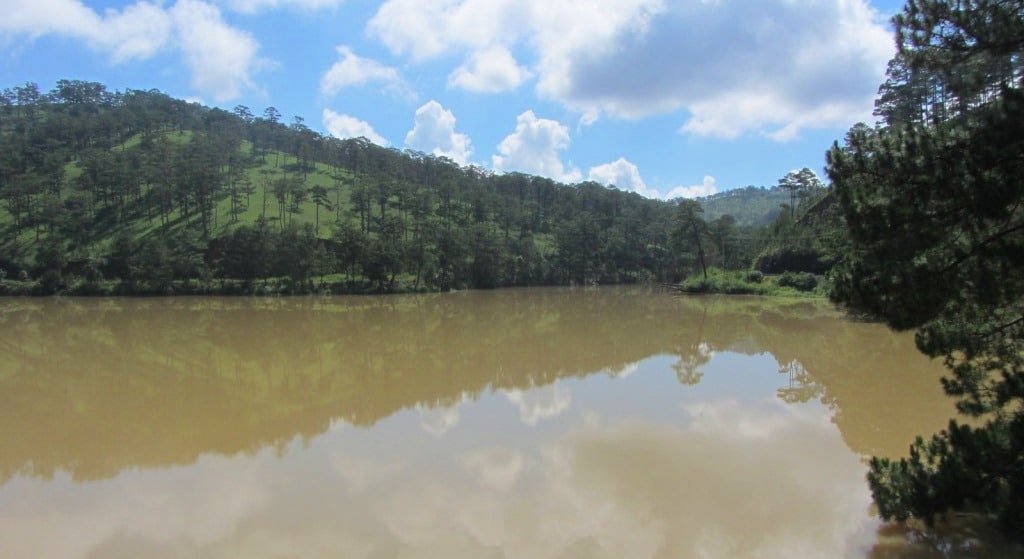 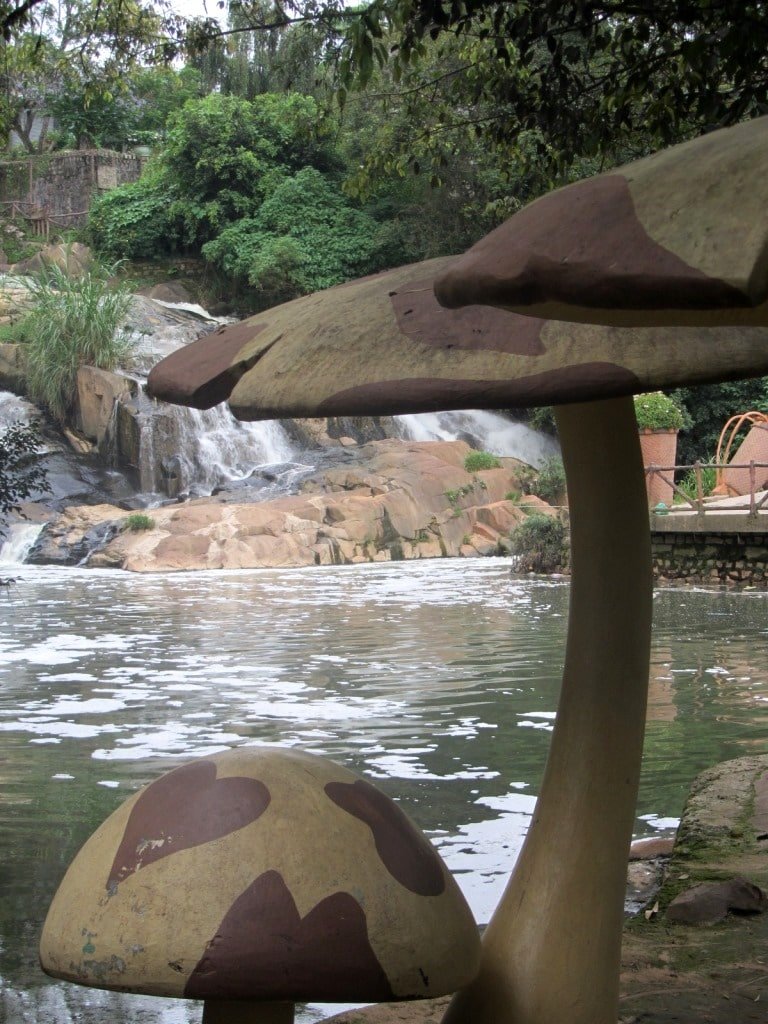 Cam Ly waterfall is a very sad place indeed. As this waterfall is as good as in Dalat city, it’s been subjected to awful development, and suffers terribly from sewage, dumped into the river just a couple kilometres upstream. The waterfall is small and attractive, but the cascade turns to foam at the bottom, and the smell coming off the grey water is horrible. There’s lots of trash floating around in the bubbles, and I even saw a dead rat (leave your swimwear at home for this one). Concrete toadstools, elephants, and tigers are dotted around the main rock pool. Rides around the falls are offered on miserable looking ponies, some of them painted with black and white stripes to make them look like zebras. I visited with a friend of mine, who is a Dalat resident, and she told me a story that makes this place even more depressing. When she was a child, my friend’s aunt would come to the pine forests near the falls to collect firewood for her parents’ hearth. After spending hours is the forests, she and her friends would come to Cam Ly falls – which, at that time, was a fair distance away from Dalat – to cool off and bathe in the clear water. In the 40 years since that time, things have changed dramatically. Admission is 10,000VNĐ ($0.50) and the entrance to the falls is on Hoàng Văn Thụ Street, 2km west of Dalat city centre, but I wouldn’t bother. [MAP]