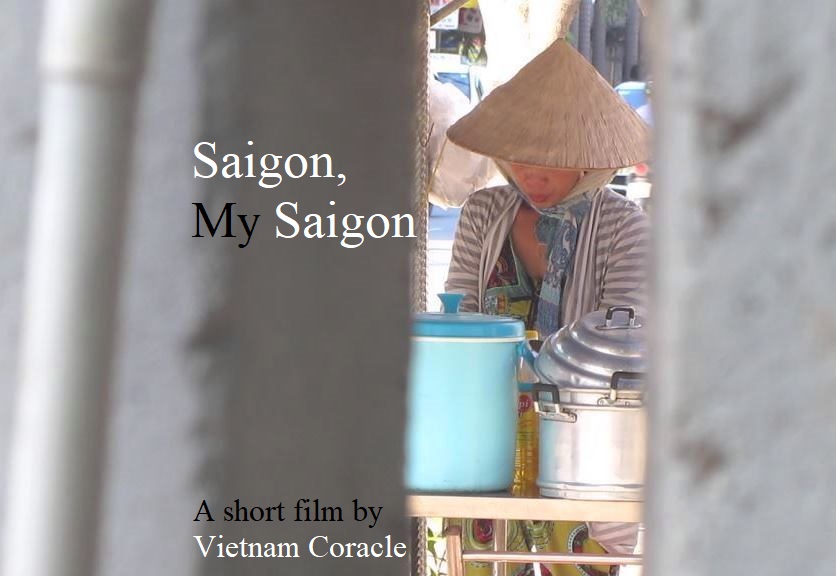 What is ‘My’ Saigon?

Most of the things that make Saigon (Ho Chi Minh City) special to me are not in the downtown area: not the tourist sights, the grand boulevards, the modern monoliths, the colonial relicts, the sophisticated bars and trendy cafes, the war sights and famous foodie spots. This is self-conscious Saigon: the side of the city that wants attention and goes looking for it via features and articles in travel mags, TV shows, and social media campaigns; the Saigon promoted and marketed to a global audience. For me, Saigon’s appeal lies in its local neighbourhoods, of which there are dozens – perhaps hundreds – in the outer districts, squeezed between the main roads and busy arteries of the city. Here, down the tangled alleyways, is my Saigon, with its small-scale fresh produce markets, independent cafes, family-run noodle soup houses, narrow lanes, dogs, cats, rats; flashes of colour in the tropical flowers and idiosyncratic architectural flourishes on the family homes.

The life that takes places in these ‘villages’ within the city is what makes Saigon unique, livable, loveable. The food shows, the journalists, the news crews, the influencers rarely come here, and yet this is where the life is, the food is, the fun is. The thrill of being in Saigon – the very Saigon-ness of the city – lies within these local neighbourhoods, each of which has a character and cadence all its own. Every neighbourhood has a daily rhythm; a beat to which the 24-hour cycle plays, tweaked slightly to suit the season. This has fascinated and appealed to me ever since I arrived in Vietnam, more than a decade ago, and this is what I’ve tried to capture in my short film of a day in Saigon. 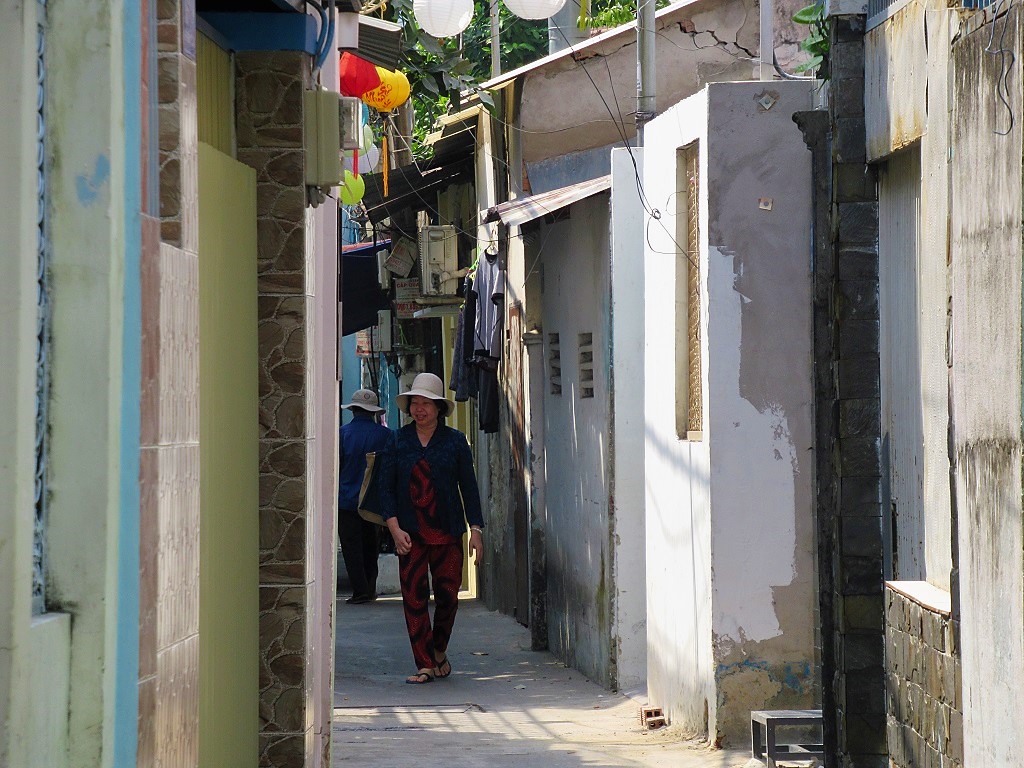 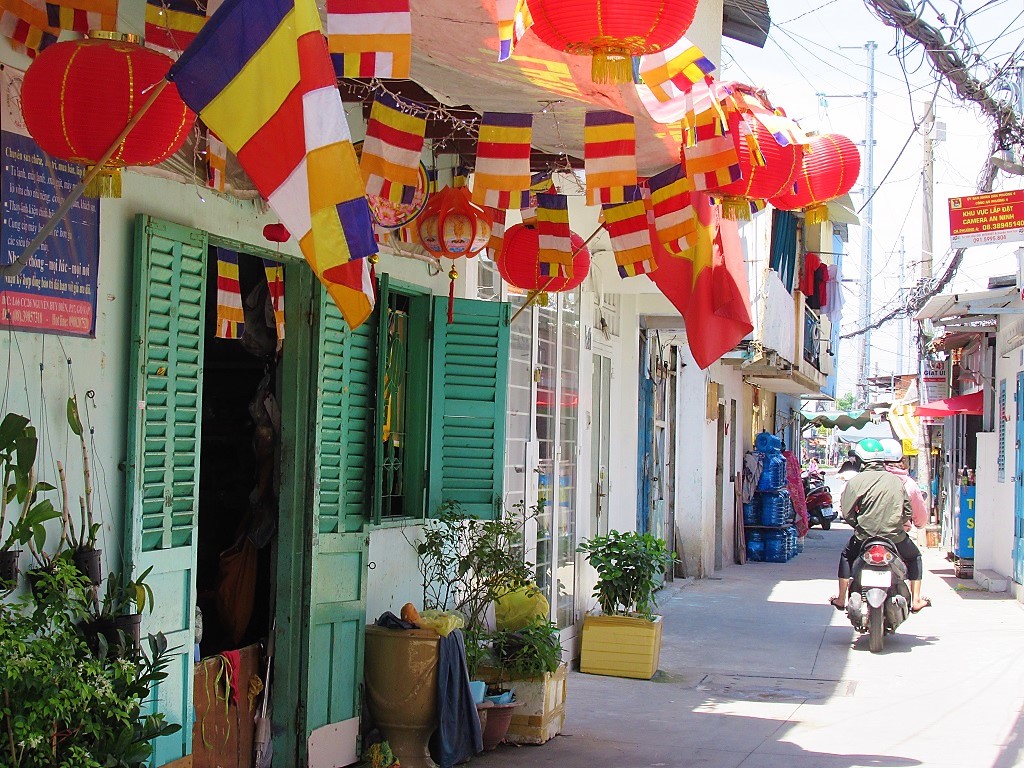 Although this film was originally shot several years ago, it’s worth revisiting now for three reasons: Firstly, I’m writing this at a time when Saigon is experiencing what is essentially its second lock-down of the Covid-19 pandemic, with cafes, shops, bars, street food vendors and noodle houses all closed (except for take-away), leaving the city’s local neighbourhoods hauntingly, poignantly quiet – absent of people and the warmth of human life and activity they usually exude. Secondly, at the time of writing, international travel to/from Vietnam hasn’t been possible for some 15 months, meaning that many readers of this website who may have strong attachments to Saigon – be it through family, friends, travel, study, business, food – have not seen, heard, felt, or smelled a local neighbourhood in the city for well over a year. My parents, for example, miss their annual acquaintance with Saigon’s unique local charm. And finally, because the Saigon I’ve tried to capture in this film – the Saigon I love – is, I fear, gradually disappearing.

For better or for worse, my local area depicted in this film – and in which I still live – has undergone many transformations since this video was shot. Specifically, the opening of chains in almost all areas of neighbourhood life and leisure to replace their local incarnations: supermarkets to replace fresh produce markets, coffee chains to replace independent cafes, convenience stores for local stores, apartment blocks for family homes, gyms to replace martial arts in the park. The local neighbourhood depicted in this film is still very much alive and coexists, for the moment, with the generic chains that have moved in. But for how long, I don’t know. 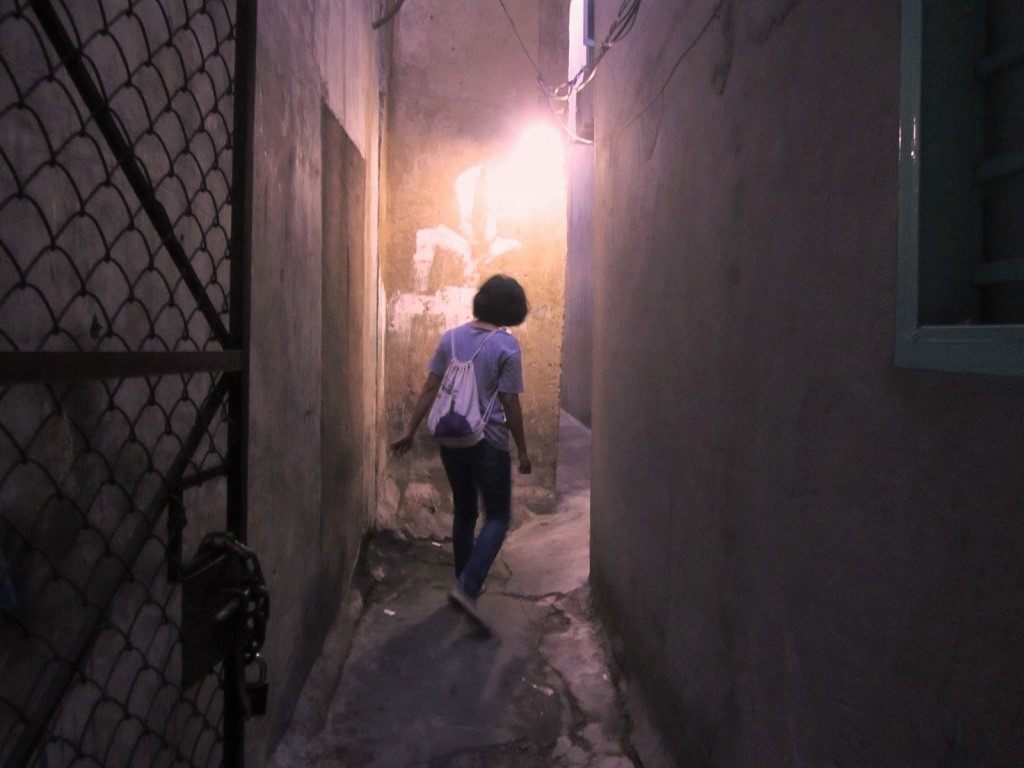 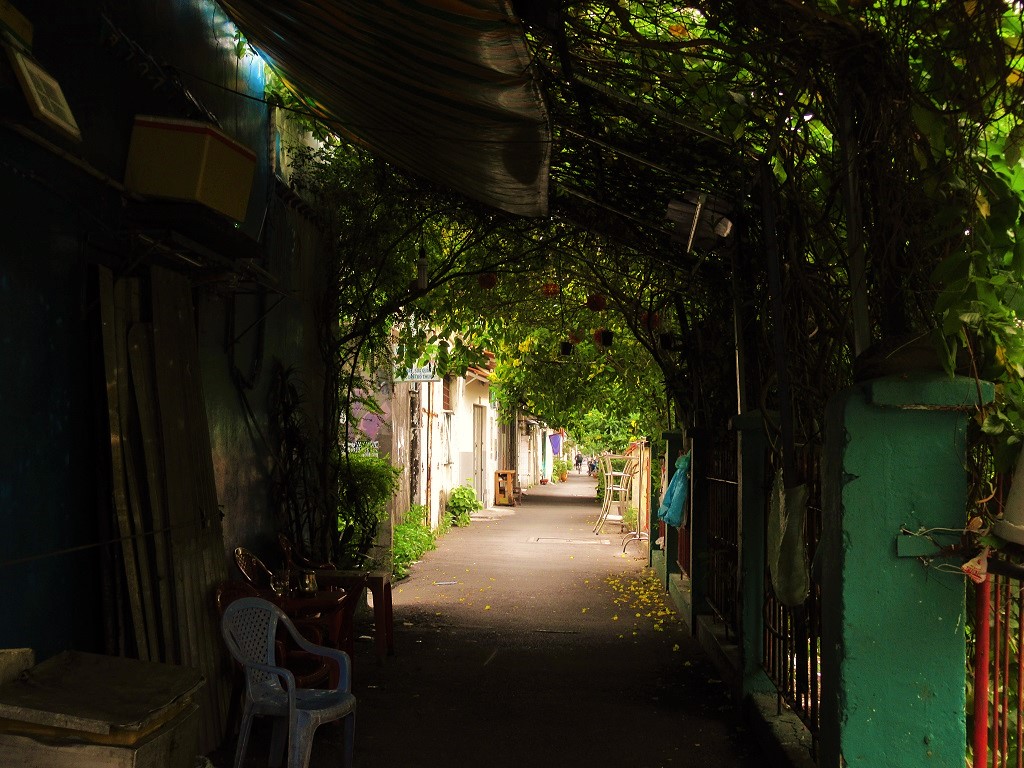 This film is a narrative of 24 hours in the life of my Saigon neighbourhood condensed into 8.35 minutes of footage. There’s no music because the sounds of the day are an important part of the daily rhythm and mood of my local area. I hope this short film, amateur as it is, succeeds in capturing at least some of the charm, warmth, security, conviviality, joy and uniqueness of what it’s like to live in a local Saigon neighbourhood in the early decades of the twenty-first century. I recognize that in our Instagram age, 8 minutes and 35 seconds is about 8 minutes too long for most short videos, but nevertheless I hope that, for viewers who find joy in Saigon’s local life, this film will hold your attention for the duration. [For more Vietnam Coracle films, please take a look at my Video Library]

* This film is best viewed in HD quality

Please Support Vietnam Coracle: I never receive payment for anything I produce on Vietnam Coracle: all my content is free to access & independently financed. There’s no sponsored content whatsoever. If you like this short film, please consider supporting the work I do: see my Support Page for details. Thank you, Tom

Anthony Bourdain felt a special attachment to Vietnam. Over the course of his TV career, he filmed multiple episodes in the country. I’ve pulled together & reviewed all 8 of his Vietnam shows…

A categorized archive of over 30 short films shot during my travels in Vietnam & intended to inspire wanderlust.

Over the course of a week, I sat & wrote for half an hour on five separate occasions at five random locations in Saigon, and described the scenes as they appeared to me, in the hope of capturing something of the spirit of the city….

At night, Saigon is at its best: temperatures are cool, humidity is low, and traffic is light – it’s the perfect time to see the city. The Midnight Loop is an urban motorbike route designed specifically for riding after dark: a night out on two wheels…

Between all the busy main roads, Saigon is riddled with narrow alleyways, which are quiet, cool, charming and great for walking. Here are some of my favourite areas in the city for alley walks….